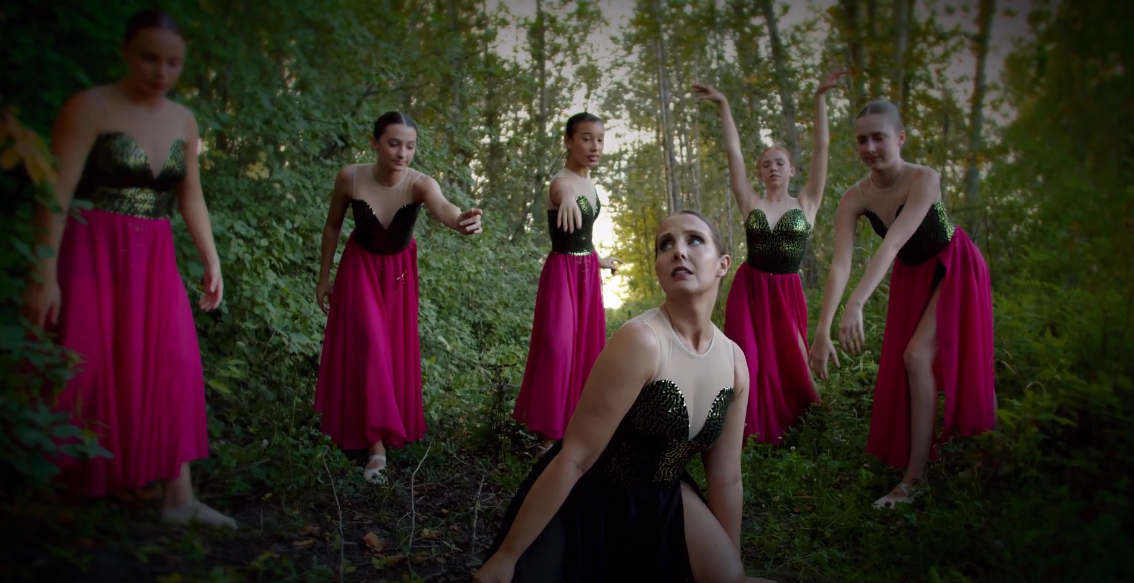 The Buffys, also known as the Wood Buffalo Excellence in Arts Awards, is an annual program that recognizes and celebrates excellence in various areas of the arts and builds awareness of the incredible contribution artists make to Wood Buffalo. The Buffys invest in the future of our growing arts community by supporting our most exceptional artists through appreciation and employment opportunities, and by connecting artists to the wider community.

Every October the Wood Buffalo Excellence in Arts Awards Showcase entertains audiences with high energy performances and creatively crafted artworks by local artists. With a new theme each year, the awards showcase is Wood Buffalo's premier midnight event highlighting award recipients and nominees. Details on the event theme, dates, and more will be released on this page every year as they become available.

TICKETS ARE ON SALE NOW

Save the date and buy your tickets for an out of world experience!

Just like every Buffys extravaganza, the event will showcase local artists, performers, sponsors, arts champions, nominees and award recipients. Join us as we travel through time and celebrate the incredible contributions of amazing LOCAL artists.

Stay tuned for announcements in August & September 2022 for more opportunities to be involved in Buffys 2022.

Artist or group performing or choreographing dance of any format, including cultural dance. Nominees must be 16 years old and up.

Artist or group who performs, composes, writes songs, DJs, and/or works in technical production (all genres of music).

This award is intended to recognize the commitment of a youth artist (age 12-17) in any arts discipline to developing their craft. This typically includes performances and exhibitions and a demonstrated dedication to skill development (classes, workshops, competitions, etc.).

Recognizes an individual, small business, corporation, social profit, or foundation who has strengthened arts and culture in Wood Buffalo through their support and commitment to the sector. Support can be defined as advocacy, hiring local artists, offering skills and expertise, providing space for the arts, and financial. Recipients of this award are nominated by the Arts Council Wood Buffalo Board of Directors.

Recognizes a program, arts organization, artist, or teacher working in schools or the community which uses the arts to provide a meaningful learning experience (for any age).

Artist or group who was part of an innovative partnership to use the arts to contribute to a balanced community by highlighting or focusing on a community need or social issue.

Recognizes an Indigenous artist or group, who uses traditional and/or contemporary skills and materials to create art within any artistic discipline.

Recognizes the long-standing significant achievement of an artist over the course of an entire career. This typically includes artistic practice and achievement, recognition by peers, and the artist’s contribution to the local and broader artistic community. Recipients of this award are nominated by the Arts Council Wood Buffalo Board of Directors.

Why nominate or self-apply?

The recognition received by each nominee and award recipient serves to raise their profile, helps build their portfolio, and allows them opportunities to compete and thrive as an artist in our community and beyond.

All nominees receive recognition for their outstanding contribution to the arts in Wood Buffalo through ACWB’s marketing leading up to and during the awards event.

Each award recipient will be presented with a $250 cheque, a certificate, and an award (called a “Buffy”) handcrafted by a local artist.

How does being the recipient of a Buffy award help me?

Being a nominee or recipient of a Buffy award is something artists can use as leverage to gain grants, admission into schools, or to beef-up their CVs (resume). Seeing as all entries are reviewed by like-minded artists in the community, it is an excellent display of peer recognition, and could be used to support being recognized as an arts professional, in accordance with the Canadian Artist Code.

All submissions need to be entered through our online portal (during the nomination period) in order to be shared with our judges. We suggest that those who are unable to submit an application online, first ask a friend to help them do so. If that solution is not available to you, you are welcome to make an appointment with an ACWB staff member, who can help support you in submitting your application, either in person, or over the phone. To make an appointment, contact us at [email protected] or phone 587-674-1625.

I’m not sure whether I am really an “artist,” but I dabble in the arts at home. Can I still apply?

Yes, you can. One of the goals of the Buffys is to encourage those who don’t view themselves as “artists” to begin seeing themselves as artists. The nomination process is designed to encourage people to self-reflect about their artistic practices and to expand their ability to speak about their artistic process. The nominations application form will also provide you with guiding questions along the way to help hone how you speak about your artistic practice. This alone is an excellent exercise for anyone questioning whether or not they are an “artist.”

Why should I nominate an artist, if they can self-apply for an award themselves?

Some artists may need a little push to know that their work is worth being considered for a Buffy award. They may be too humble or feel too shy to self-apply, and receiving a nomination from someone else just might give them the confidence they need to enter.

I want to nominate an artist or group, but I’m not certain which award category they will be eligible for.

Do your best to select an award category that you think would suit the artistic practice of the artist or group you are nominating. After you submit your nomination, your nominee will have an opportunity to reselect the category that they feel they are best eligible for.

Do I have to be nominated for a Buffy Award or can I nominate myself?

You can be nominated by someone else, or self-apply for a Buffy. To get started, register an account on our online portal (during the nomination period). Make sure you submit your entry and supporting materials before the deadline listed on the website.

I’m not sure if I have lived in the Wood Buffalo region long enough to be eligible for an award.

Can I be nominated or self-apply for more than one award category?

Yes, you can. You are allowed to enter more than one award category, as long as you are eligible and the work submitted for your application matches the award description. To make things easier, you can use the ‘copy’ feature on our online portal to create a copy of an existing entry, and change the content to suit your new category as needed.

I was nominated last year. Do I need to rewrite everything in my nomination again this year?

You don’t need to rewrite everything. If you applied in 2020 (or later), the online portal will allow you to copy your application and then update it.

How do I fill out my Buffy nomination form?

We recommend that you watch this video from Buffys 2020 for tips on how to fill out your nomination. If you still have questions, you’re welcome to contact our Programs Manager at [email protected] or 587-674-1625 (ext. 102).

Why should I submit my Buffy nomination information again? I was nominated in previous years, but wasn’t selected for an award.

What you’ve done last year might be very different this year. You are continuing to grow and gain more experience. Maybe you didn’t receive an award after a previous nomination, but that doesn’t mean you won’t this time. Give it a shot. You deserve it.

Become a Sponsor of the Buffys 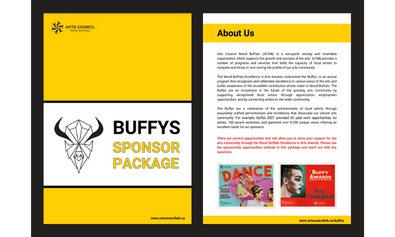 For more information on this premier arts showcase, or for questions on securing your sponsorship opportunity, please contact Executive Director Liana Wheeldon at [email protected] or 587-674-1625 ext 100.

Thanks to our champions 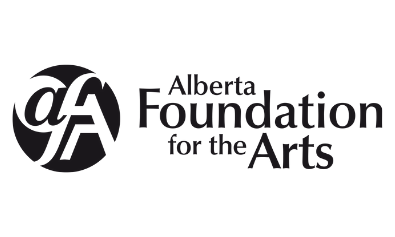 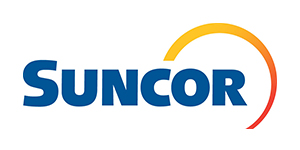 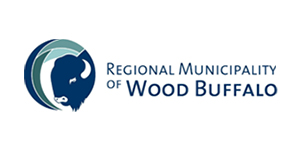 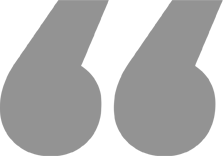 What our Artists have to say

Stay in the loop with our community Newsletter